Some people say that naming is the hardest aspect in coding. Today’s blog post is about naming conventions.

For today’s examples, I borrowed a formula from DAX Patterns and adapted it to my needs 🙂 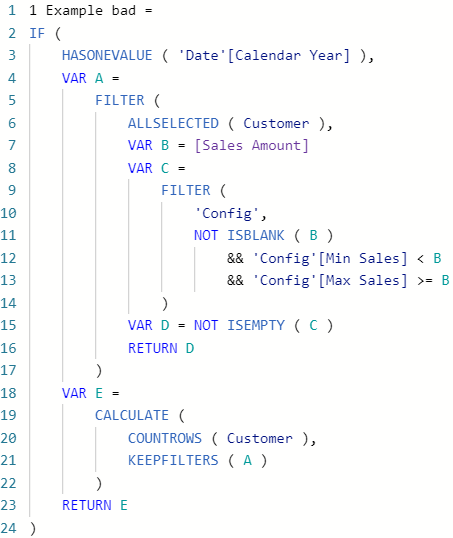 I doubt there are people for whom variable names such as A, B, C, D, and E mean anything, and yet it’s fairly common to see such meaningless names. Perhaps you could say those variable names are surrogate, like surrogate keys?

Here’s a much better way to write the same formula: 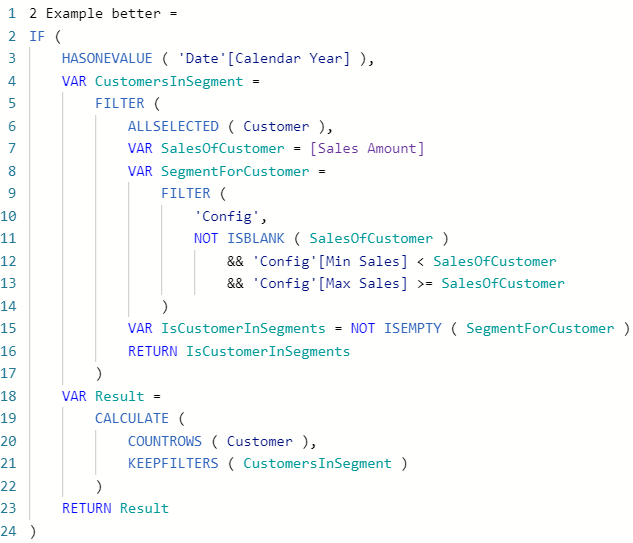 Note how each variable name now tells you what it’s doing, so the formula is much easier to understand even if you’ve never seen it before.

When you’re writing very complex formulas, it might be a good idea to leave comments like so: 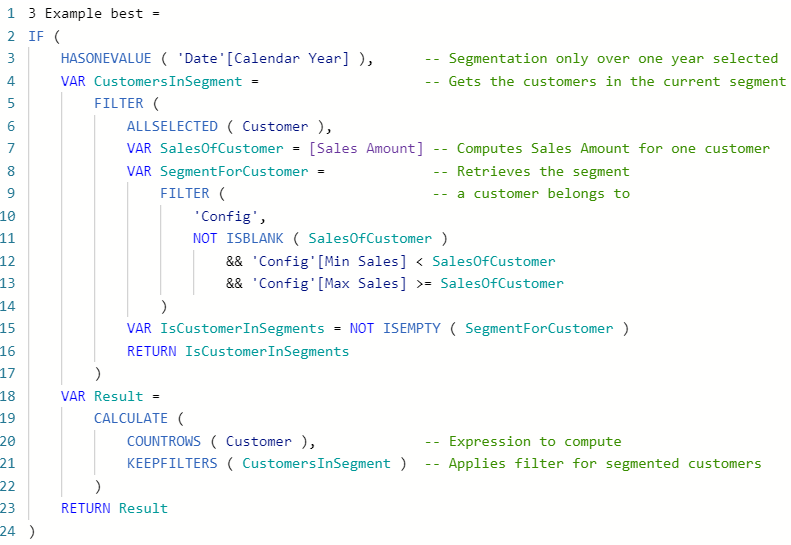 With comments, your formulas are as clear as they can be. While sometimes highly complex DAX can be a sign of having a suboptimal data model, sometimes complex DAX is justified and comments can aid its understanding.